Good Day For a Hanging 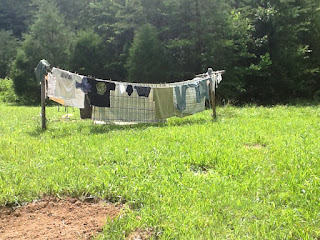 Posted by Keith Ferrell at 11:40 AM No comments:

As this little guy proved -- or tried to -- when I was clearing one of the blackberry patches. 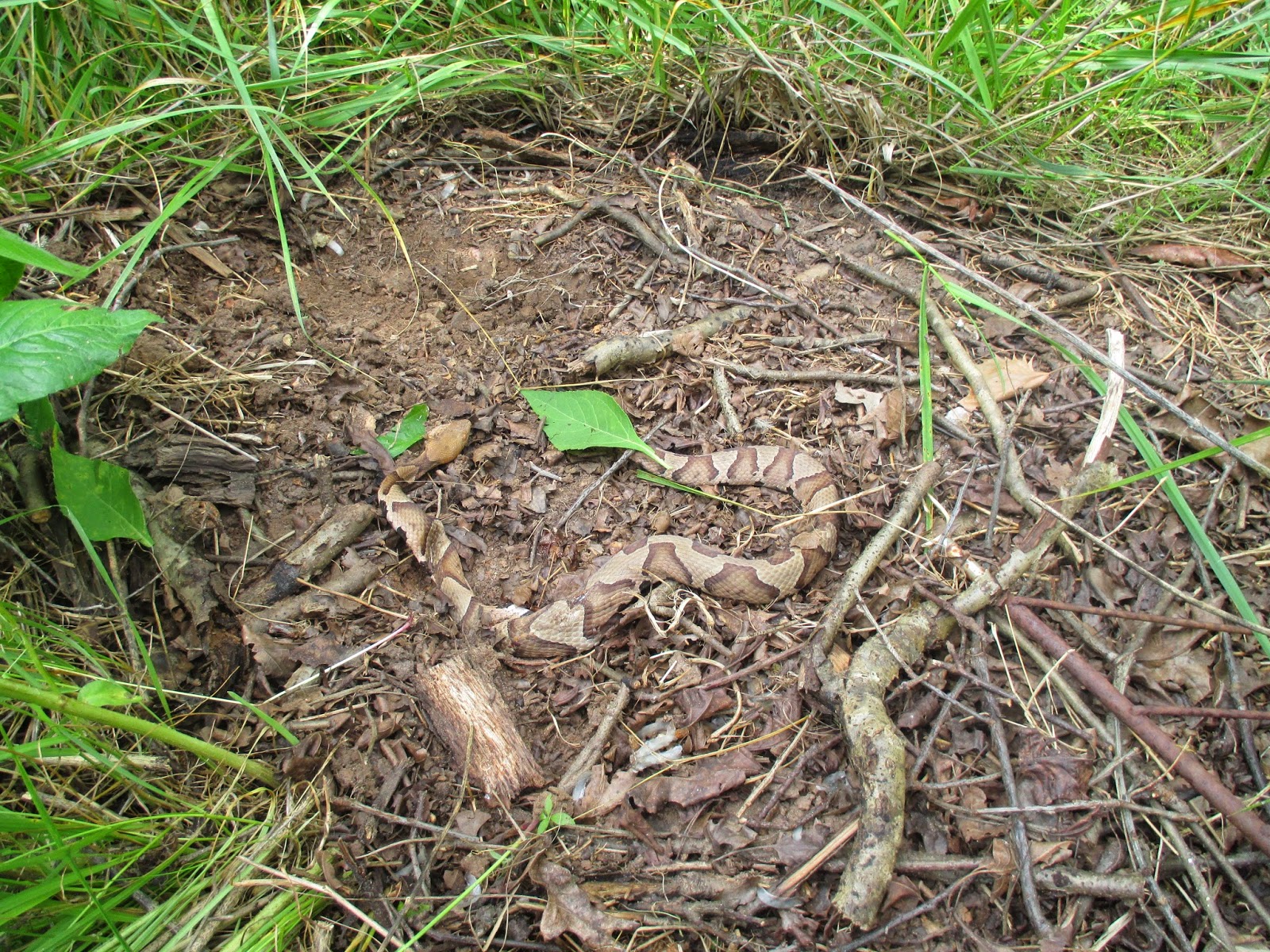 Not so little, actually -- 27 inches of copperhead wanting nothing more than to be a copperhead.

But this one was doing its copperhead thing too close to the house, and so it is now a former copperhead. 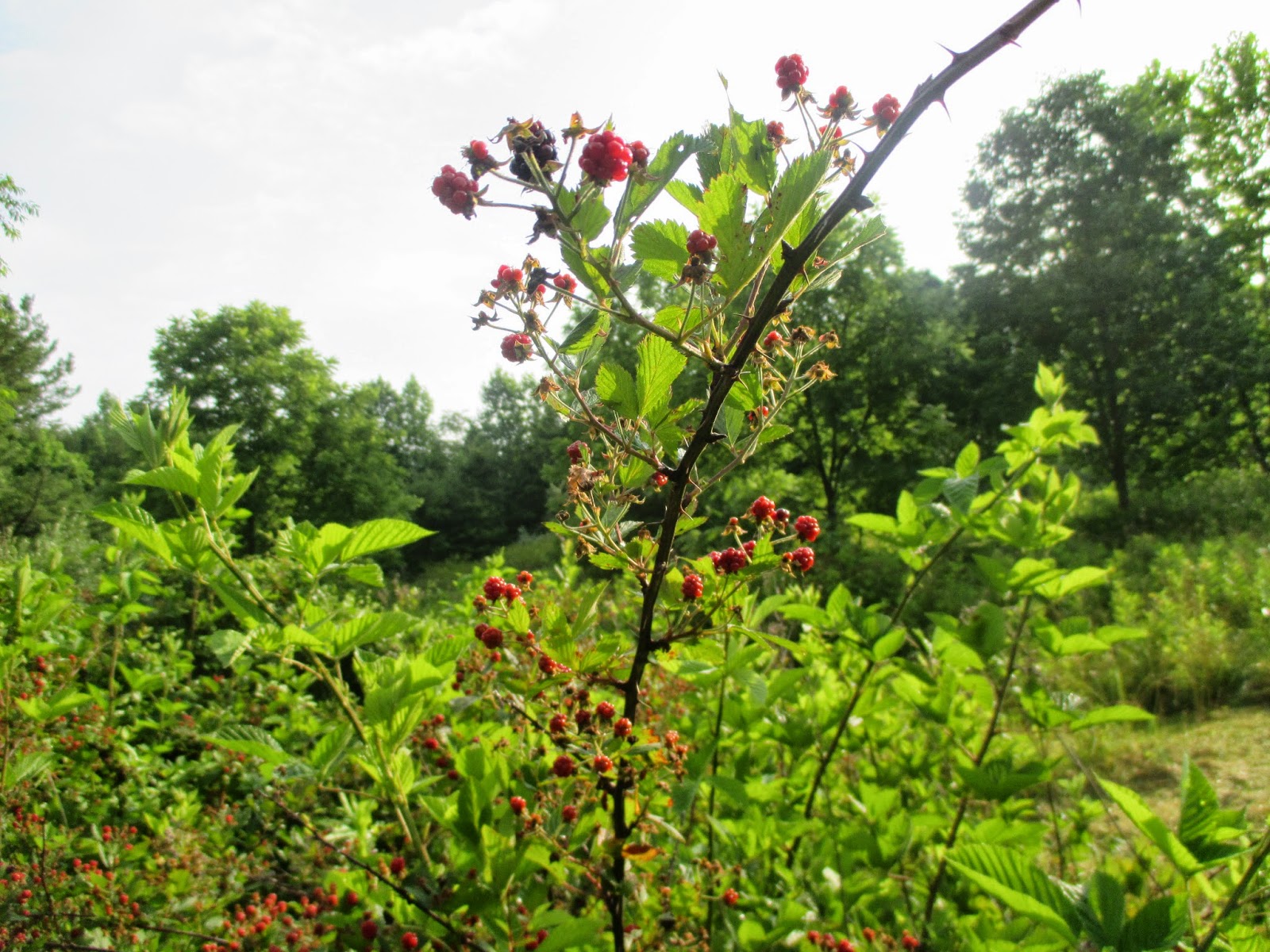 Maybe as early as tomorrow (and I will probably find at least one or two that are ready this afternoon), and certainly by Tuesday . . . Blackberries!. 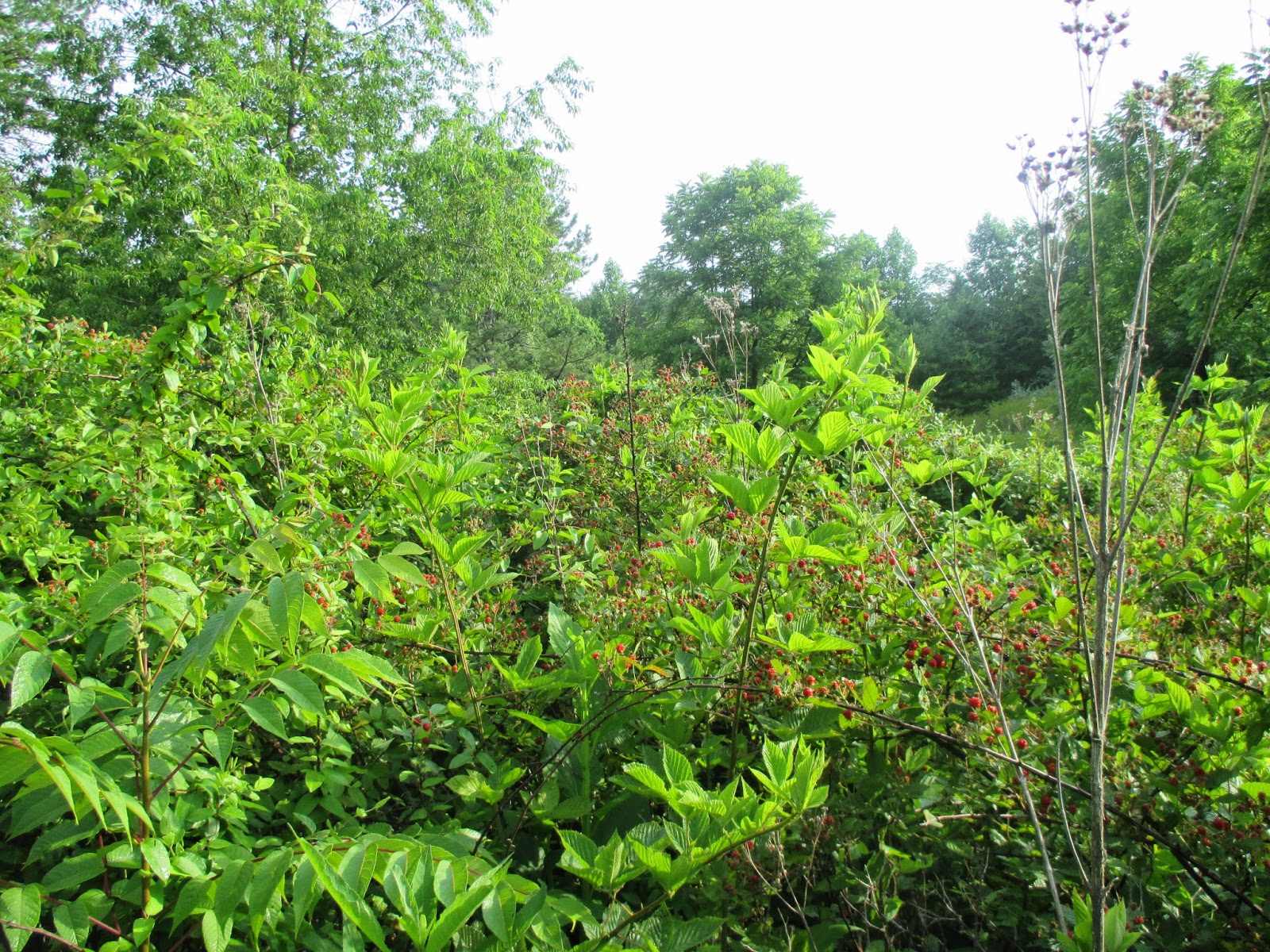 Just in time for the Fourth! 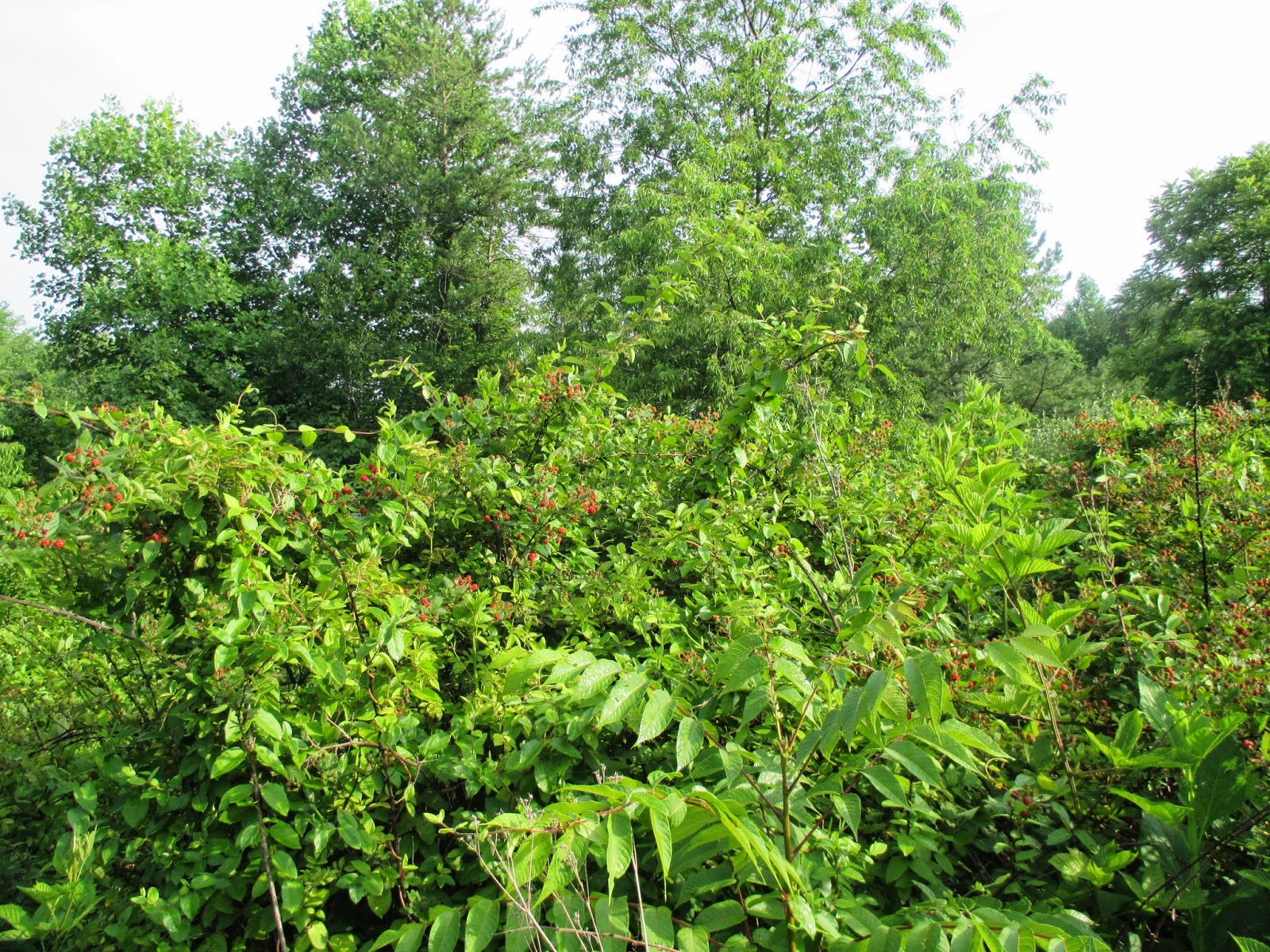 And judging by how productive the plants are this year, plenty of berries for the Fifth, Sixth, and Seventh, too.

Posted by Keith Ferrell at 11:46 AM No comments:

Email ThisBlogThis!Share to TwitterShare to FacebookShare to Pinterest
Labels: blackberries

Some Snow Don't Want To Go

Even 68 degrees today hadn't managed to persuade these stragglers to complete their melt: 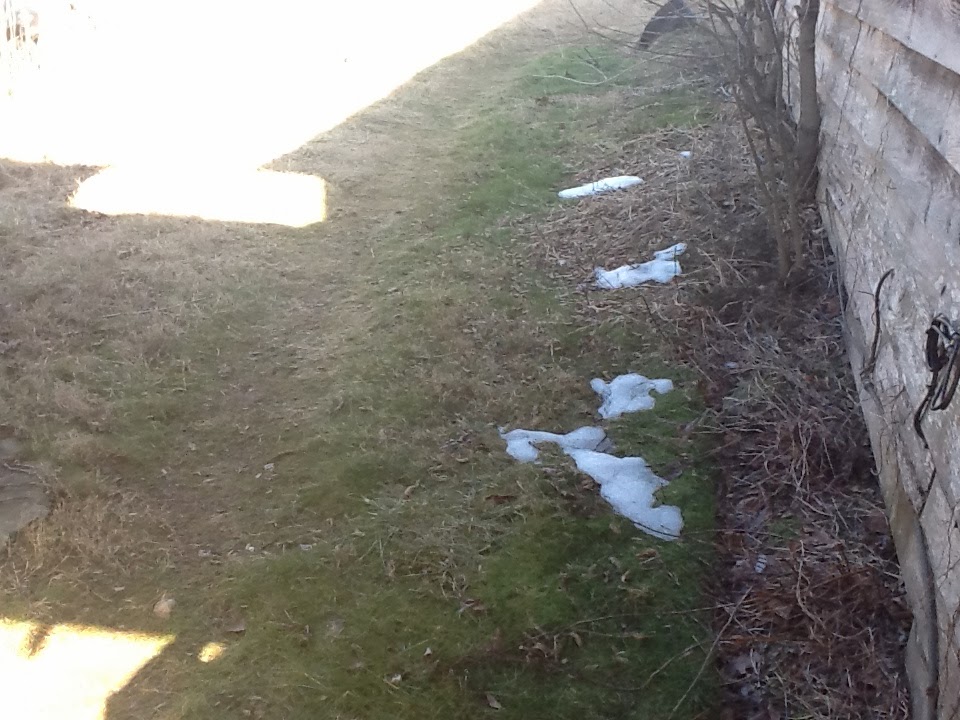 By tomorrow, this last bit should be just a memory.

But a pleasant one -- I enjoyed this snow.

A lot.
Posted by Keith Ferrell at 9:03 PM No comments:

Where the Snow Goes When It Melts


The big snow lasted on the ground well over a week here at the farm, and when it began in earnest to depart, a fair amount of it exited by way of our creek. Just a day after I visited its snow-covered banks, the creek had taken on a wholly different character: 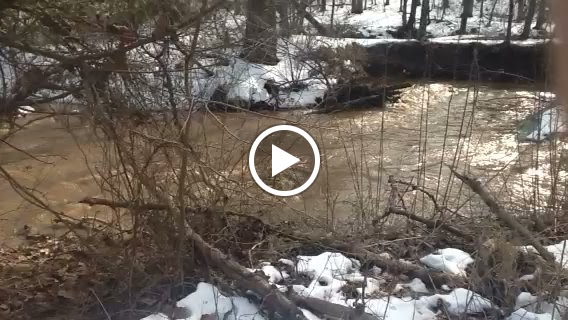 Posted by Keith Ferrell at 8:19 PM No comments:

Here's a photo taken during my return to the house on Tuesday, almost a week to the hour after the first flakes began to fall. 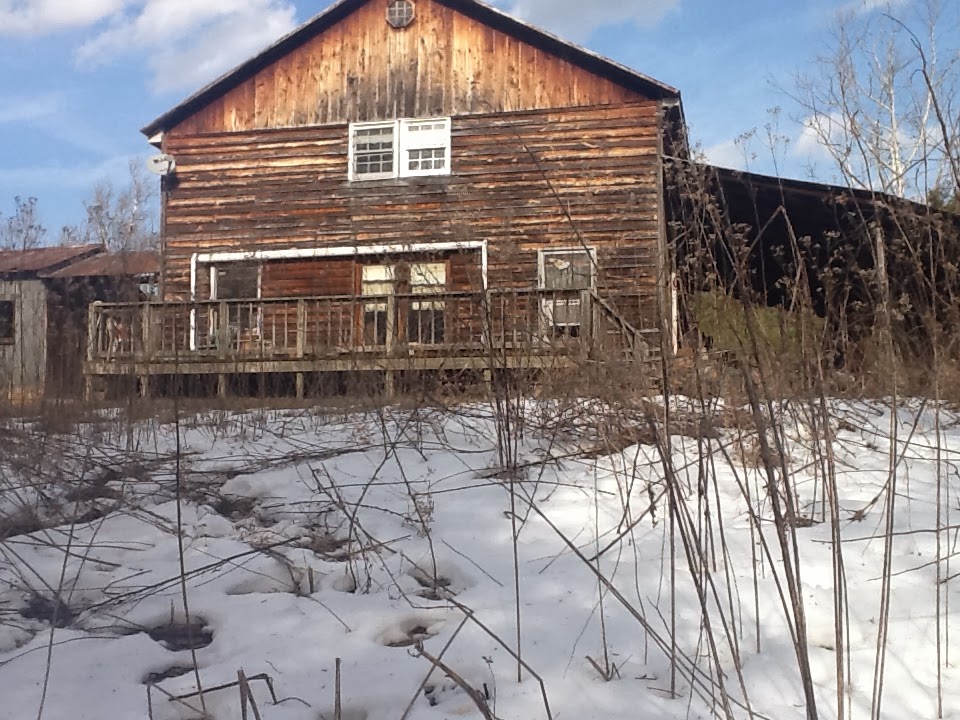 The snow was starting to go then, but it had a ways to go before it would be gone.

I was returning from a snowy stroll to the creek, its banks still heavy with snow, though not so heavy as they had been just a day or two before: 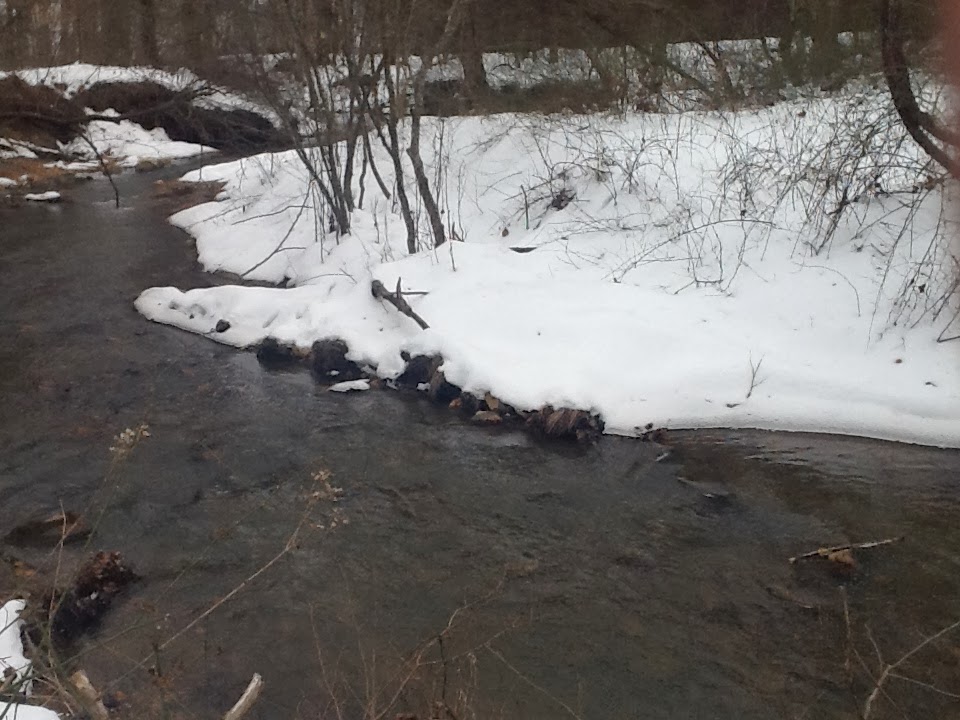 Posted by Keith Ferrell at 6:13 PM No comments:

Posted by Keith Ferrell at 5:29 PM No comments:

Keith Ferrell
I've written a dozen or so books, fiction and nonfiction, including the current bestseller HISTORY DECODED, which I co-wrote with Brad Meltzer. I've written . more articles and essays than I care to count, written/co-designed half a dozen computer games and from 1990 - 1996 was the Editor of OMNI Magazine. Now I live on a small farm in southwestern Virginia and am trying really to get down to work.

The road to the farm 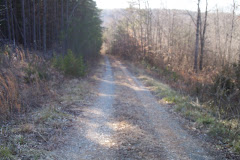 The drive in late January

Take A Look At